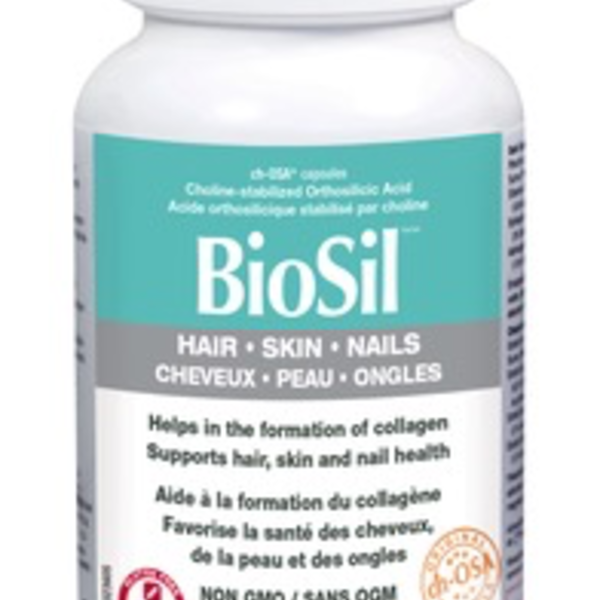 Medicinal Ingredients- Per Cap
Silicon (as Choline-stabilized orthosilicic acid) (ch-OSA)... 6 mg
One capsule is equivalent to 6 drops of BioSil™ liquid.