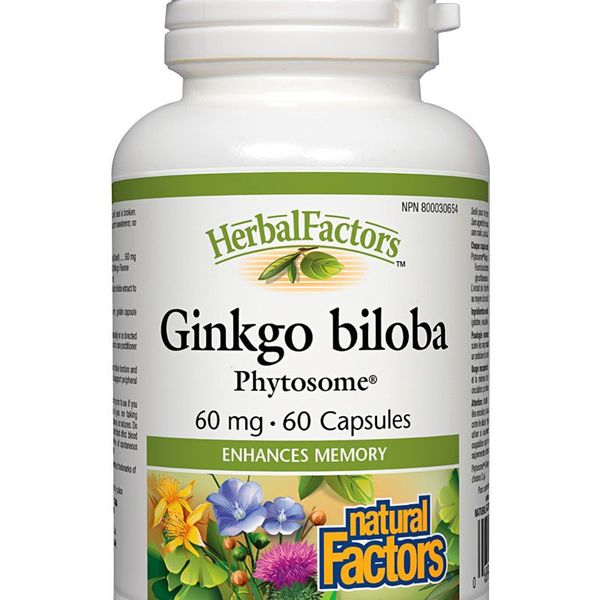 -Increases blood flow to the brain

-Support for vertigo and tinnitus

-May help in the early stages of Alzheimer’s

Gingko biloba is well known for its positive effect on memory enhancement. The extract from the gingko biloba leaf improves blood flow to the brain and extremities, helping to improve memory and mental sharpness. Ginkgo has a demonstrated ability to boost cognitive function, and may be helpful in the early stages of cognitive decline and dementia.

The patented phytosome process offers superior bioavailability to unlock the cognitive and circulatory benefits of ginkgo biloba. Phytosomes are herbal substances bound with phosphatidylcholine molecules, creating a highly bioavailable compound that is both water- and fat-soluble to enhance absorption.